Today marks 200 years since the death of Jane Austen. As a longtime Austen fan, it seems only fitting to mark the occasion with a tribute to her writing.

I’ve mentioned before how much I enjoy Austen’s work. Her wry observances of character are as relevant today as they were when she first put them on the page. Surely we have most of us known a Mrs Bennett or a Mr Collins in our time? From the moment that my mother first handed me her treasured paperback of Pride and Prejudice – given to me on holiday to alleviate my teenage boredom when all my own books had been finished or cast aside – I found her ready wit and perceptive characterisation captivating. Plus I was head over heels in love with Mr Darcy, of course. 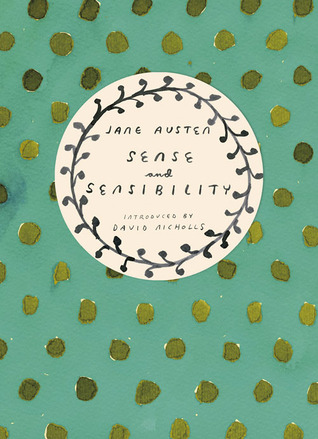 It wasn’t long before I read the remainder of Austen’s major works. Sense & Sensibility quickly became another favourite, my teenage self desperately wishing I was more like tempestuous Marianne than dutiful Elinor. Emma was sparkling and witty – although Mr Knightly was a bit of a downer I thought. Mansfield Park was….long. And I enjoyed Persuasion although I completely failed to understand why Anne hadn’t just ignored her odious family and married Frederick Wentworth when she had the chance first time around.

Looking back, I think a lot of Austen’s subtleties were lost on the teenage me. I liked her books for their spark and romance but a lot of the subtle tensions were lost to me. Austen, like many great authors, reveals her art gradually as one re-reads. And, with each round of re-reading as I get older (although not necessarily wiser), another layer of her books is revealed to me.

At university I had the pleasure of studying Northanger Abbey, a book that becomes infinitely more enjoyable, in my mind at least, when put into context. Finally I was able to appreciate Austen’s satirical asides on the nature of books and reading and contextualise the book amongst it’s contemporaries. Northanger is often seen as one of Austen’s more juvenile novels – and arguably the romance and plot have less structure than her later works – but I love it for its vitality and it’s sharp skewering of those who would malign the novel as an artform.

As I’ve entered my thirties, Persuasion has also taken on new meaning and become a novel that’s easier for me to appreciate. Odd isn’t it how someone’s reserve and dutifulness, so annoying when you’re a teenager, becomes so much more relatable when you’re an adult and have made the same mistakes? Austen was rather brave I feel to write about the predicament of so many older women and about having a second chance at love and Anne is now one of my favourite Austen heroines as a result.

I still love Pride and Prejudice of course – who doesn’t – and, in my adulthood, have decided being an Elinor is no bad thing (I mean, you’d just want to slap Marianne if you met her wouldn’t you?!).  I still debate whether Emma and Mr Knightly are well matched

but I think Austen’s skill is so well displayed in that novel – her characterisation is spot on throughout and in Emma she creates one of the first unlikable narrators who, by the end, the reader cannot help but root for.

And as for Mansfield Park? I confess, we still have issues. Maybe I’m still not quite old enough to appreciate Fanny Price’s endless forbearance. Which just means I’ll have to keep giving them all a re-read until I am doesn’t it!

If you’ve never read Austen before, I really would urge you to give her a go. She’s so often deemed a romance author – and, indeed, her romances are excellent with all the sweeping drama and petty misunderstandings that a reader would want from a love story – but there’s so much more to her as well. Wry humour, satire, family drama. She captures so much of day to day life on the page. I’d recommend Northanger Abbey to start with – anyone who loves books and reading will appreciate Catherine Morland’s dangerous descent into her fantasy world!

If you’re already an Austen fan, I’d love to know your favourite of her works. And why do you think she’s stood the test of time so well? Drop me a comment down below or over on Twitter.

And for anyone interested in finding out more, click here to be taken to the website marking the 200th anniversary of Jane Austen’s death which is filled with links to events across the country about Jane, her life and her books.

4 thoughts on “I Heart Jane: A Reader’s Tribute to Jane Austen”