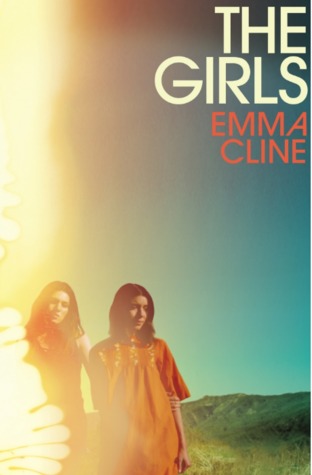 Saturated with the heat of a Californian summer, ‘The Girls’ (published 16 June) is lead debut for Vintage in Summer 2016 and has featured on countless ‘Ones to Watch’ list including The Guardian, Stylist and The Readers podcast. The pre-release buzz for this book has been seriously big with luminaries such as Mark Haddon, Lena Dunham, Emma Healey and Jennifer Egan providing blurbs for the advance copies and film rights already optioned. Such hype is something that, as a reader and a blogger, both excites me and sets my skepticism meter to high. I’ve read so many reasonably good books that, due to being over-hyped, have ended up being a bit of a disappointment (yes, sadly I’m looking at you ‘The Girl on theTrain’). So it was with both excitement and trepidation that I settled down one sunny afternoon to start this one.
Evie Boyd is fourteen and desperate to be noticed. It is 1969 and the empty days of summer stretch before her filled with a Californian heat of longing, desperation and despair. Then Evie sees The Girls. Hair long and uncombed, dirty dresses skimming the tops of thighs, cold snatches of laughter amidst the heat. Roos, Donna, Helen and, most of all Suzanne. Suzanne with her dark hair, her easy manner and the fire in her eyes. Fascinated, Evie is soon drawn in. Drawn down the long dirt track to the ranch, deep in the hills and shrouded with rumours of frenzied gatherings and teen runaways. Drawn to Russell, who sits at the centre of it all. Drawn down the path from girlhood to womanhood, a path that leads from fascination to enthrallment.
This is not the most unique of plots, centring as it does on obsession with a cult-like figure and the consequences of being drawn in to a series of events that you barely understand. What Emma Cline does that elevates ‘The Girls’ above the level of the ordinary however is to perfectly capture the alluring appeal of such a setup to a bored, desperate teenage girl, unsure of her place in life or her path to the future. Cline has a gift for observation, especially of young woman, and she shows the many ways that the vulnerability of this crucial age can be manipulated; how unseen girls and women can quickly go from being ignored to being used, and how they might desire to be both.
Resonating with Evie’s longing and desperation, this is an exhilarating thrill-ride of a novel filled with sharp observations of teenage life. Rarely has a teenage voice been captured so completely, with all of its wistfulness, hope and disgust. As a reader, you cringe with her in her awkwardness and you feel for her desperate attempts for recognition whilst, at the same time, wanting to shout and drag her away from the dangerous path she doggedly pursues. As such, she is far from sympathetic but she is recognisable to anyone who has been or known a teenage girl.
The same cannot perhaps be said of the novels other characters – The Girls, Russell, Mitch, Guy, Evie’s parents, her childhood friend Connie. Whilst Evie is crystal clear, the rest of the narrative is dream-like and the other characters’ figure as if in a haze. Whilst this does fit well with the style and overarching narrative arc, at times it can be frustrating because it clouds Evie’s motivations. Other than the fact that she is desperate to belong, I failed to see what so attracted Evie to Suzanne for example because I failed to really see Suzanne as a character in her own right. The clarity of Evie and her voice is fantastic but it does leave everyone else viewed as if from a distance.
I should also add that there are a number of disturbing elements in this book and trigger warnings for sex (including some scenes that definitely border on rape, or at least coercion) and drug use. It is, at all times, completely justified by the needs of the plot and the characters but it doesn’t stop the book being intensely brutal at times and some scenes are particularly unsettling.
Very minor niggles aside however, I do think that this is an impressive novel written with a commanding authorial voice and a confidence that belies the fact this is a debut. Emma Cline has crafted a novel that completely encapsulates the dangerous and complicated mix of desire, confidence and despair that can bubble beneath the surface of teenage life and she has inhabited a voice that will stay with you long after the final page is turned. Hyped it may be but this is one debut that can stand up to the scrutiny and deserves to be in many a suitcase this summer.
The Girls by Emma Cline is published by Vintage on 16 June 2016 and will be available from all good booksellers. My thanks go to the publisher for providing an advance review copy in return for an honest and unbiased review.

2 thoughts on “REVIEW: The Girls by Emma Cline”